Myriam's first U.S musical debut came with The Wiz. She was thrilled. This experience enriched her mentally, emotionally, spiritually and physically. During the creation of this new take on The Wiz, an unofficial character was created for Myriam, initially for one scene only, but because she performed it so beautifully the character of "The Grandmother" reappeared later in the show. It became a critical role. Music and Lyrics by Charlie Smalls Directed by Rajendra Ramoon Maha

No Time to Die 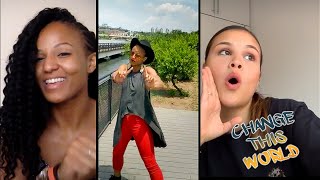